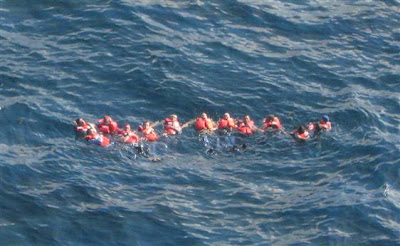 I’m chalking it up to one of those strange coincidences in life. I do an enormous amount of reading for my job, and yesterday I found myself reading another column slamming alternative fuel vehicles on national news website. A $7,500 tax credit (gasp!)…another government-funded boondoggle (gasp!)…you know, the usual criticisms. Less than five minutes later, I found myself on my paper’s homepage clicking on breaking news alert about another oil platform exploding in the Gulf of Mexico. Thankfully, this time we were spared another massive oil slick.

Funny how critics of alternative fuel vehicles never talk about the massive subsidies that fuel (pun intended) our addiction to gasoline-powered vehicles. Such as the cost of keeping carrier battle groups steaming in the Persian Gulf and the Eastern Mediterranean to protecting the oil shipping lanes and guard oil reserves in the Middle East, the cost of the long and bloody wars we fight for oil, the cost of our alliances with despotic oil-producing regimes, the cost of keeping tens of thousands of troops deployed near oil fields around the globe, the national security costs associated with the fight against terror groups that have sprung up as a result of our meddling in the oil-rich Middle East, the cost of massive tax breaks given to oil companies, the human and economic cost of climate change resulting from the burning of fossil fuels that have led to stronger hurricanes and massive flooding, the cost of cleaning up oil spills, and the cost of lost jobs, ruined businesses, devastated ecosystems and shattered dreams in the wake recent oil spills.

My guess is that if you were somehow able to factor in the cost of all these subsidies over the life of a gasoline-powered vehicle, they would make a $7,500 tax credit look like a pretty wise investment of tax dollars.
Resource: Blog Mike
at 3:41 AM